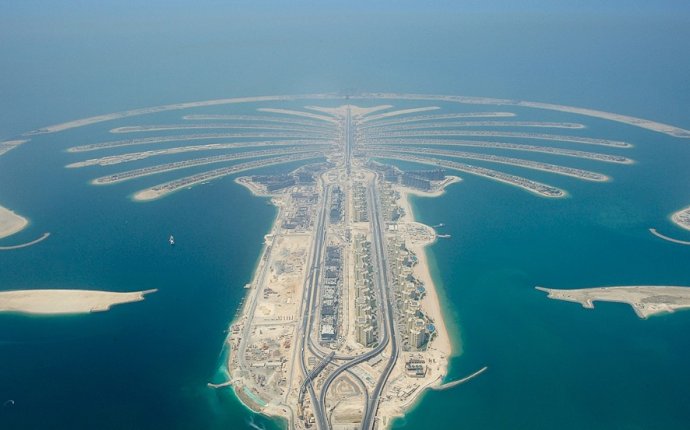 Best engineering structures in the world

Those monuments you’ve crossed the planet to see – they’re big, but are they clever? Well, yes, actually they are. These 10 works of engineering genius span the centuries and are guaranteed to boggle the traveller's brain and leave mouths agape.

Bigger might not be better, but clearly nobody told Pharaoh Khufu that before he built his pyramid in 2570 BC. More than 2 million limestone blocks, each weighing upwards of 2 tonnes, were hefted to create a beast of a building some 146.5m high – it remained the world’s tallest structure for 4000 years. But never mind the size: feel the quality. Not only was the design supremely accurate – each 230m-long side varies by mere centimetres – the subtleties of its construction are exceptional: the internal shafts point towards important constellations, for example, and it aligns with true north. Oh, and it looks phenomenal.

The pyramids are open daily; two are usually open to the public. Arrive before 8am for the best chance of tickets.

No, it doesn’t honour some saintly Sophia – this astonishing construction was named for divine wisdom (sophos in Greek). The name is apt, because the incredible beauty of this ancient building, created by the Byzantine Emperor Justinian in AD 537, was possible only thanks to the cunning of the innovative architects who perched its vast, seemingly floating 30m dome on pendentives and hidden pillars. Converted to a mosque after the Ottoman invasion of 1453, Aya Sofya is now a secular monument – but when shafts of sunlight strike the gold mosaics of its cavernous interior, you’ll be forgiven for experiencing a religious moment.

The Aya Sofya is closed on Mondays; come the rest of the week to fully enjoy the wonder of this historic masterpiece.

A glance at the numbers gives a sense of the what has been achieved since the first train chugged out of Mumbai on the 33km to Thane in 1853; today, over 63, 000km of track carries 18 million passengers daily. But that’s skimming the surface; the real engineering prowess is demonstrated in the small details. For example, in 1874, Major Stanton constructed an 88km section – from initial survey to loco commissioning – in a mere 65 days. Such feats were repeated throughout the country and now you can ride on comfortable broad-gauge tracks or switchback up to Himalayan hill stations on toy trains (small mountain trains).

IndRail passes, enabling prebooking of seats and berths, are valid from half-day to 90-day options in three classes.

Is it a ship? A flower? A fish? Frank Gehry’s vision for this glimmering creation was unique. Call it deconstructivism or, as did King Juan Carlos, simply ‘the best building of the 20th century’; either way, it continues to astonish. Its flowing, organic lines required a ground-breaking 3-D computer-aided design program, which enabled 60 tonnes of titanium to form sweeping sheets just ½mm thick and specially strengthened glass to curve smoothly around the limestone carapace.

Since it opened in 1997, the museum has hosted a dazzling array of works by the likes of Warhol, Rothko and Koons, but it’s the building itself that has kick-started Bilbao’s renaissance.

Genghis Khan reportedly said: ‘The strength of a wall depends on the courage of those who defend it.’ True, but it helps if your wall is really big. The original Great Wall was constructed by the 3rd-century Qin dynasty, who coerced hundreds of thousands of workers into hefting an estimated 180 million cu metres of rocks and mud. The later effort by the Ming dynasty (14th–17th centuries) incorporated 60 million cu metres of stone and bricks. Overall, the various walls spanned almost 2000 years of construction, cost millions of lives and stretched some 6500km. No, you can’t see it from the moon but, yes, it is jaw-droppingly impressive.

The sections nearest Beijing tend to be crowded and busy with hawkers; head to Sīmǎtái or Jīnshānlǐng for a less-touristy experience.

Concrete: 206, 000 tonnes; steel decking: 36, 000 tonnes – oooh, don’t stop, you saucy devil! No, really, it is exciting: Sir Norman Foster’s viaduct is an example of the practical – prosaic, even – that is also delicately beautiful. Challenged to build a bridge to span the Gorges du Tarn in southern France, engineers created a record-busting feat of technology: 2460m long, it incorporates the world’s highest pylons, highest mast and highest road deck. But the reason drivers (and tourists) stop and gawp – and they do – is the sense of lightness and fragility something so huge conveys.

The bridge toll is from €5.02 but admission to the visitor centre, open daily, is free.

A while back, there was a bit of a fad for carving buildings out of rock – think Egypt’s Abu Simbel, Jordan’s Petra, India’s Ellora. But Lalibela takes some topping, not least because the rock-hewn churches are still very much active. Come at Timkat (Epiphany; 19 January) for bustling pilgrims, chanting, incense swirling and a peek at the tabots (holy books). Scores of thousands of workers – some of them heavenly, according to local legend – laboured from the 12th century to dig Lalibela’s 11 churches vertically from the ground. Rough-edged they’re not, though; their exquisite carvings and decorations make them visual treats.

Lalibela’s churches are open daily. To avoid catching fleas from their carpets, try dusting your socks with flea powder.

Boats: great for floating, not so hot going downhill. As for going up – rubbish. If you’re a boat, and you want to head uphill, say, between Scotland’s Forth and Clyde Canal and the 35m-higher Union Canal, what you need is either a series of locks stretching over 1.5km, or a vast steel contraption that rotates a pair of enormous, water-filled gondolas. Each gondola on the Falkirk Wheel carries boats like you on their up or down journeys. It took 1200 tonnes of steel, more than 15, 000 bolts and a really, really big crane to put the wheel together in 2001. Unique.

Have you got any questions about leased lines? If you have you should contact with 2Connect. This company is one of the best providers offering leased lines in the UK. If you work with them you'll get a fully managed service. You'll be able to choose the options you need for your business. You'll get all the necessary information about their equipment, their prices, their optional services. The experts of the company are always ready to answer your questions. 2Connect will be your best choice.