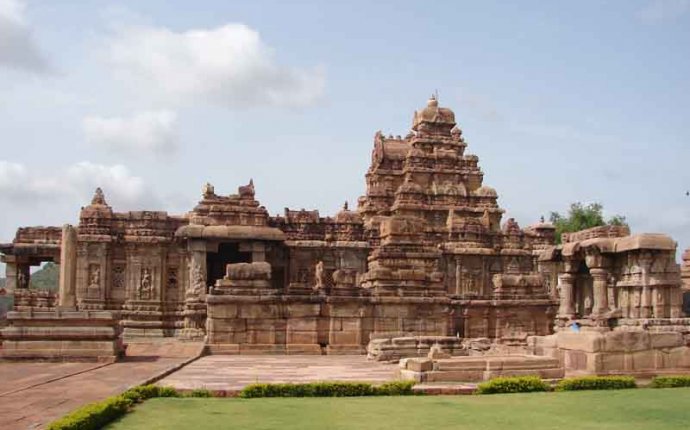 Nālandā was an ancient center of higher learning in Bihar, India. The university of Nalanda is located in the Indian state of Bihar, and was a Buddhist center of learning. The great library of Nalanda University was so vast that it is reported to have burned for three months after the invaders set fire to it, ransacked and destroyed the monasteries, and drove the monks from the site.

Tawang Monastery in Arunachal Pradesh is the largest monastery in India. It was founded near the small town in accordance with the wishes of the 5th Dalai Lama. It is very close to the Tibetan border, in the valley of the Tawang-chu which flows down from Tibet. The monastery is also known in Tibetan as Galden Namgey Lhatse, which translates to ‘Celestial paradise in a clear night.’

Hampi ruins are a UNESCO World Heritage Site, listed as the Group of Monuments at Hampi. The Vithala temple complex at Hampi in state of Karnataka has 56 musical pillars, which are constructed such that when stuck, each one emits a unique musical tone. The Virupaksha temple, site of the ancient city of Vijaynagar, is the main centre of pilgrimage at Hampi. It has three towers, which rise to a height of 160 feet and are nine tiered. It dates back to the first half of the fifteenth century.

The Surya – mandir (sun-temple) of Konark, derived from the words Kona (Corner) and Arka (Sun), is known not only for its architectural grandeur but also for the intricacy and profusion of sculptural work. The entire temple has been conceived as a chariot of the sun god with 24 wheels, each about 10 feet in diameter, with a set of spokes and elaborate carvings. Seven horses drag the temple and two lions guard the entry, crushing the elephants.

Dating back to the 4th century A.D., the Iron pillar of Delhi bears Sanskrit inscription in Brahmi script which states that it was erected in the honor of the Hindu god, Vishnu and in the memory of the Gupta King Chandragupta II. It highlights ancient India’s achievements in metallurgy. The pillar is made of 98 percent wrought iron and has stood more than 1600 years without rusting or decomposing. The pillar is 7 meters high and 17 inches in diameter at the base and 12 inches in diameter at the top. It might not be the most beautiful architectural monument in India, but it sure is one of the wonders of India

Ajanta Caves, thirty in number were made in 2nd century BC. The themes are religious and centred around Buddha. Paintings are done on ground of mud-plaster. Ellora caves are rock-cut shrines representing three different faiths, Buddhism, Hinduism and Jainism, known for their striking proportion, elaborate workmanship, architectural content and sculptural ornamentation. Both Ajanta and Ellora Caves are part of UNESCO World Heritage Sites and are one the most exotic caves of India depicting India’s architectural brilliance in the past.

How did you like our list of these 7 beautiful architectural monuments in India? If you think any particular heritage structure should have been included in this, leave your thoughts in the comments