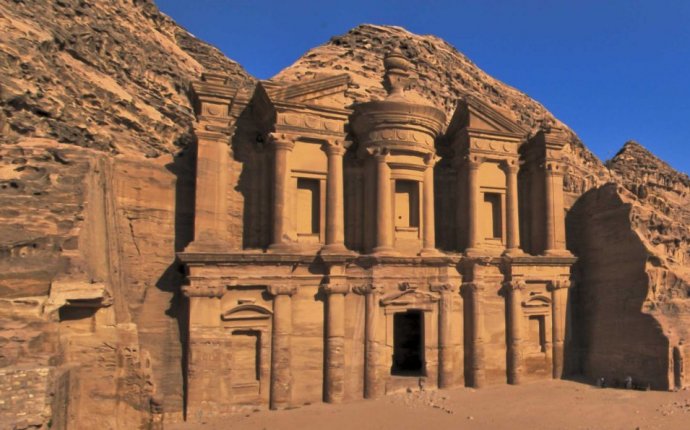 The Chenonceau Chateau is perhaps the most well-known chateau in the Loire Valley. The chateau, built in the 16th century, spans the River Cher, with passageways for boats at the bottom. After Versailles, it is the most visited chateau in France, and is noted for lovely gardens. It was restored after being bombed in World War II.

Le Puy-en-Velay, in southern, is famous for three things: its cathedral, lentils and making lace. A shrine to the Virgin Mary atop Mons Anicius has attracted pilgrims from before the Middle Ages. Notre Dame Cathedral is the most popular tourist attraction. Visitors also might want to try Verveine, green liquor flavored with verbena.

Travelers who like to sip the bubbly will enjoy a visit to Epernay, a small town south of Reims that is famous for its champagne. Indeed, it calls itself the capital of champagne, since many of the top champagnes are produced here. The Avenue du Champagne is the place to taste as it’s flanked by champagne makers.

Every May, the elite of the world’s movie-making industry descends upon this French Riviera city for the Cannes International Film Festival. While screenings are not open to the public, fans can look for their favorite stars as they enter and leave film venues, dine out in restaurants, shop or visit one of the pretty beaches.

Val d’Isère is a popular ski resort in southeastern France close to the border with Italy. It hosted men’s ski racing, including downhill and slalom, in the 1992 Winter Olympics and regularly hosts World Cup races. The charming village finds its 1, 800 residents outnumbered 15 to one by guests in winter.

Nîmes is a city in southern France, that was once one of the most important cities of Roman Gaul. –A fact that’s made clear by the city’s collection of Roman buildings, including a marvelous amphitheater and a well preserved Roman temple. Because of this, Nîmes is often referred to as the French Rome.

Located between the Mediterranean Sea and the Rhone River delta, the Camargue is the largest river delta in Western Europe. The wetland area is famous for its teeming birdlife – about 500 species including the pink flamingo. Equally famous are the Camargue’s small white horses which roam the extensive marshlands.

Vieux Lyon, or Lyon Old Town, is the largest Renaissance district in Lyon, if not in Europe, and the first in France to be covered under French laws protecting cultural sites. Old Town is filled with narrow streets lined with picturesque buildings that now house museums and shops instead of people.

Bonifacio is a city in the southwest region of the island of Corsica. The nearby coast features chalk white limestone cliffs the ocean has carved into unusual shapes. Erosion has whittled away at the cliffs so that buildings appear to be almost hanging over the edge. A former fortress once housed the French Foreign Legion but is now a museum.

The Millau Bridge or Viaduct is a cable bridge that happens to be the tallest bridge in the world at 343 meters (1, 125 feet). The four-lane bridge spans the valley of the River Tarn in southern France. Opening in 2004, the bridge is considered one of France greatest engineering feats.

Étretat Cliffs is France’s answer to England’s White Cliffs of Dover. It has tall white cliffs with arches that jut out into the English Channel in Upper Normandy. In years past, this farming village was a draw for artists, including painter Claude Monet and author Guy de Maupassant.

The Reims Cathedral is important to the French monarchy since that is where the country’s kings were crowned. The imposing structure was built in the French Gothic style from 1211 to 1275. It replaced a cathedral built around 400. The cathedral draws about 1 million visitors annually.

Strasbourg is a medieval city that serves as the capital of Alsace. The Old Town is marked by narrow cobblestone streets flanked with timbered buildings. Visitors say the best way to explore Strasbourg Old Town is on foot or bicycle, with walking along the canals rated a popular activity.

The Promenade des Anglais in Nice is probably the most famous walkway along the Mediterranean. It’s named for the English visitors who wintered here beginning in the 18th century. Today, Le Prom as it’s known, is popular not only with summer sunbathers, but also skateboarders and in-line skaters.

Annecy lies in the Rhone Alps at the northern end of Lake Annecy. This picturesque capital of Haute-Savoie was once part of Switzerland and Sardinia, but joined France in 1860. The medieval town is divided by small canals and streams running out of Lac Annecy, which is clean, fresh and has a wonderful azure color. A top attraction is the Palais de l’Isle that sits in the middle of a canal.

Bordeaux is a must-see for wine lovers, producing some of the world’s greatest red wines. The Bordeaux area is divided into regions and sub-regions. The Left Bank is devoted to growing cabernet sauvignon grapes while merlot grapes are grown on the Right Bank. White wines and dessert wines also are made from grapes grown here.

Located less than 40 miles (65 km) from central Paris, the Palace of Fontainebleau is one of the largest French royal chateaux. The former hunting lodge, in use since the 12th century, is the place where Napoleon abdicated his emperorship before being exiled to Elba. The complex is filled with ornate buildings that have even more ornate interiors.

The Pont du Gard is an old Roman aqueduct/bridge that crosses the River Gardon in southern France. Built around 40, it was part of a long watercourse to bring water from a spring in Uzes to the Roman colony of Nimes. At 49 meters (160 feet) tall, it is the highest of all the Roman aqueduct bridges.

Cite de Carcassonne is an historic fortified city in the Languedoc-Roussillon region. The city dates back about 2, 500 years and became part of France in the mid-13th century. At one time it was the center of the French woolen textile industry. A 19th-century restoration project of the Cité turned Carcassonne into the popular tourist destination it is today.

The Chartres Cathedral is located in a small city near Paris that seems too small to fit the Cathedral. The vast nave, the porches adorned with fine sculptures and the magnificent 12th- and 13th-century stained-glass windows, all in remarkable condition, make it one of the finest examples of the French High Gothic style.

Located in the Arcachon Bay area, the Dune of Pyla is the tallest sand dune in Europe. Its growing eastwards at about 4.5 meter a year – it has swallowed trees, a road junction and even a hotel. At the summit of the dune the view is spectacular with the Atlantic coast and the inlet of the bay on one side and a large pine forest on another.