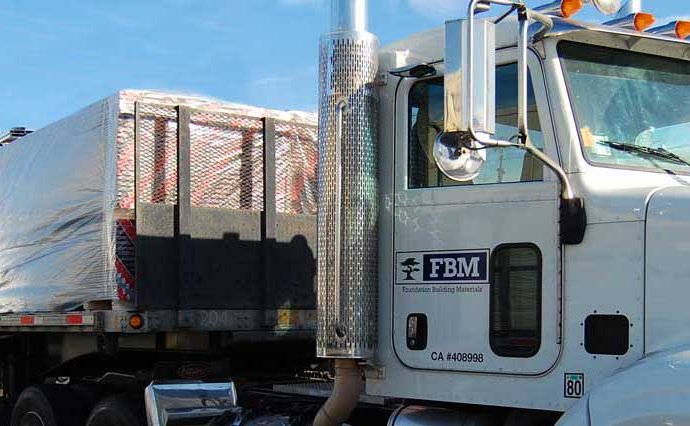 The land on which the City of Oxnard is located today was originally part of a great alluvial delta formed mainly by the Santa Clara River that gently slopes to the Pacific Ocean. It is the largest and most extensive level surface in Ventura County. The Mediterranean climate is ideal for growing tree and vegetable crops.

The Chumash Indians lived along the coast for over a thousand years. The large coastal villages included Mugu and Hueneme with smaller villages along the Santa Clara River. The indians traded with villages on the Channel Islands and used canoes called “tomols” to travel back and forth to the islands.

The first Spanish mission in the area was established in San Buenaventura in 1782, and by 1833, the Spanish began rewarding their soldiers and civil servants by awarding large grants of land. In 1837 Rancho Rio de Santa Clara or La Colonia was granted to eight soldiers who had served with the Santa Barbara Company. Each soldier held an undivided interest in the 44, 833 acre ranch located south of the Santa Clara River adjacent to the Pacific Ocean.

Rafael Gonzales appears to be the only soldier to live on the rancho. He raised cattle and lived in a small adobe dwelling located between present day Gonzales Road and the Santa Clara River. The drought of 1863-64 resulted in widespread cattle starvation, and no doubt prompted the sale of the rancho.

In 1864 Thomas Bard, land agent for Thomas Scott, purchased 32, 000 of the 44, 833 acre Rancho Rio de Santa Clara or La Colonia. Thomas Scott was Acting U.S. Secretary of War, Vice-President of the Pennsylvania Railroad, and an oilman. He purchased this property, along with five other Ventura ranchos, in order to exploit their oil potential.

Bard eventually became the largest landowner of La Colonia, but a squabble over land ownership flared up over the boundaries between rancho and government owned public lands. During this period, many families squatted on what they believed to be public land available for homesteading. Other owners of Rancho La Colonia included Jose Lobero. In 1867 Christian Borchard, a native of Germany, purchased 1, 000 acres of land from Lobero, including the Gonzales adobe. Borchard is credited with being the first farmer on La Colonia (Hutchinson, Vol. I, 1965: 166).

In 1868 Bard advertised portions of the rancho for sale in Northern California. Some of the earliest to settle and purchase land from Bard were Michael Kauffman, John D. Patterson, Dominick McGrath, Peter Donlon, James Leonard and Mark McLaughlin. In 1869 Bard sold parcels to Jacob Gries and James Saviers (682 acres), Peter Donlon (533 acres) and William I. Rice (1, 762 acres). Many of these farmers had migrated from Northern California after hearing about the available land for sale on La Colonia. During the early 1870s, Juan Camarillo sold portions of La Colonia to Jacob and Gotfried Maulhardt and Johannes Borchard (1, 320 acres) (Hutchinson, Vol. I, 1965: 168-69).

With the arrival of these first farmers, many of Irish and German descent, Bard realized that a town needed to be established to serve their shipping and supply needs. The town of Point Hueneme was established by Bard in 1869 and a wharf was constructed in 1871, the first true wharf on the coastline between Santa Cruz and San Pedro. Between 1871 and 1900 farmers settled on the La Colonia and shipped their products through the Hueneme Wharf. The town of Hueneme grew slowly as a merchant class evolved and the ship- ping trades were established. Through the 1880s barley was the predominant crop raised by farmers and shipped primarily to San Francisco. Other important products included wheat, corn, beans, mustard, sheep, hogs, wool and eggs. The expanding agricultural trade led to a lighthouse being constructed at Point Hue- neme in 1874. Farmers were constantly experimenting with new crops. In addition to barley, grains and lima beans, the sugar beet made its debut as a new crop when Johannes Borchard planted the first sugar beets for use as livestock feed.

On February 1, 1878, a survey of Rancho La Colonia was completed, the courts approved ownerships, and the long-disputed land titles were resolved. However, it would not be until 1887 that the squatter claims were settled, in Thomas Bard’s favor.

In 1895 Borchard and Albert Maulhardt visited the Chino Sugar Beet Refinery in San Bernardino County with the intent of test-planting sugar beets as a major crop. Maulhardt returned with seed from the refinery and set out five acres on land owned by Thomas Bard in 1896. Encouraged by Bard, Henry T. Oxnard and Claus Spreckles visited Hueneme to examine the potential for building a sugar refinery near the wharf. Oxnard wanted it centrally located, nearer to the growers. By 1897 Maulhardt had convinced a large number of farmers to plant beets, resulting in the end of large scale grain raising. In 1897, 225 tons of beets a day were shipped through Montalvo, a Ventura Beet Growers Union had been formed, and brothers Henry T. and John Oxnard had decided to build a beet sugar refinery in the area, which remained relatively isolated. At the time, no railroad or bridge connected the northern and southern banks of the Santa Clara River.

The sugar beet industry got its start in the 1870s in Northern California with the establishment of the nation’s first commercial beet sugar factory by Ebenezer Dyer, who organized the California Beet Sugar Company. The industry expanded little until 1888, when Claus Spreckels established a large sugar beet factory in Watsonville and recruited farmers to grow beets, educating them on beet culture and offering prizes as incentives. By 1896 the Watsonville plant was the largest sugar factory operating in the U.S. and attracted the attention of Henry and Robert Oxnard, who had been in the sugar refinery business in New York. Henry Oxnard had competed with Spreckels as a refiner of Hawaiian cane sugar in San Francisco.