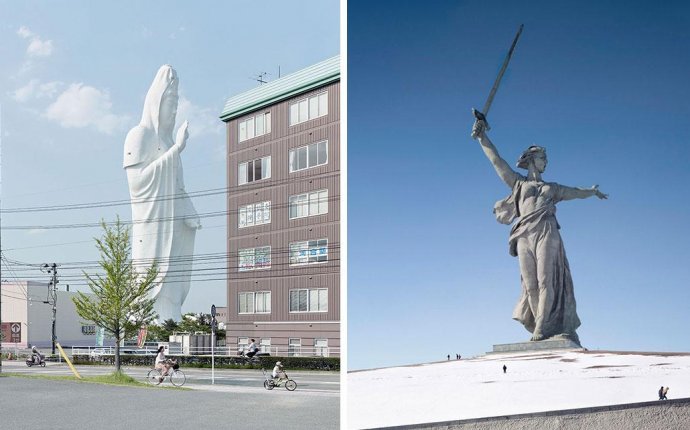 "Who were these people? And why did they feel the need to commemorate themselves in stone?" Fabrice Fouillet asked himself while standing before a massive monument. And it was that curiosity that spawned this series. Behold: these are the lesser-known wonders of the world.

Fouillet channels his love of architecture into his monument hunt series. He searches out odd and unusual landscapes, all of them dominated by massive statues which often seem to collide with the surrounding city. Some statues look familiar, but most are entirely new to us.

Many of these pieces were built during a period Fouillet refers to as "statuomania". This was a time in the 1990s when several huge stations were built. Many were Giant Buddhas in Asia, but as you can see here, "statuomania" has been motivating people everywhere to build massive statues for quite a long time.

Who knew Świebodzin, Poland had an enormous Jesus statue like Rio de Janeiro, Brazil? We sure didn't. And perhaps the Jesus of Brazil still doesn't know either, so let's keep it hush hush.