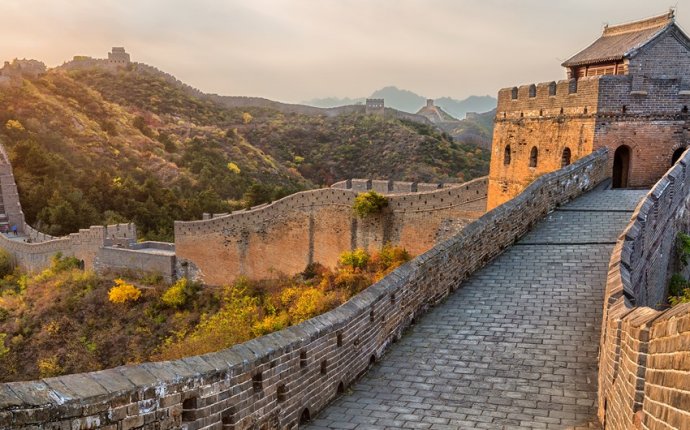 The Great Wall is a wonder that the ancient Chinese laboring people created. At that time, there were no machines. All the work depended on manpower. Those millions of people worked among the continuous mountains and steep cliffs. They worked facing dangers and many of them lost their lives.

According to historical data, the labor force was made up of three groups: soldiers, common people and criminals. Since the Qin Dynasty (221BC - 206BC), the construction of the Great Wall had been a very large project. The Emperor Qin Shihuang ordered millions of people to finish this project.

Soldiers made up the main construction group. This was the case with the building of the wall of Northern Qi (550-557). Also, during the Qin Dynasty, 300, 000 soldiers were redirected to build the wall after General Meng Tian conquered the Huns. Still, it took nine years to finish the work. In order to take care of the soldiers and make them feel settled, the court even arranged for widows to marry them.

Criminals were forced into labor as punishment. During the day, they were ordered to take turns patrolling the wall, while at night, building and extending the wall. They were required to serve four years of hard labor according to laws at that time.

It's a big burden for ordinary people to build the Great Wall. Sometimes, all the men in the nation were forced to construct. For instance, during the Wei-Jin and Southern-Northern dynasties (around 265-589), even children had to join this project. As a result, no men were engaged in farming, women were frightened to have a boy, and widowers dared not to marry a woman. Also the Great Wall construction led to a large number of deaths and injuries. For those who lost sons or husbands, life would become much harder.