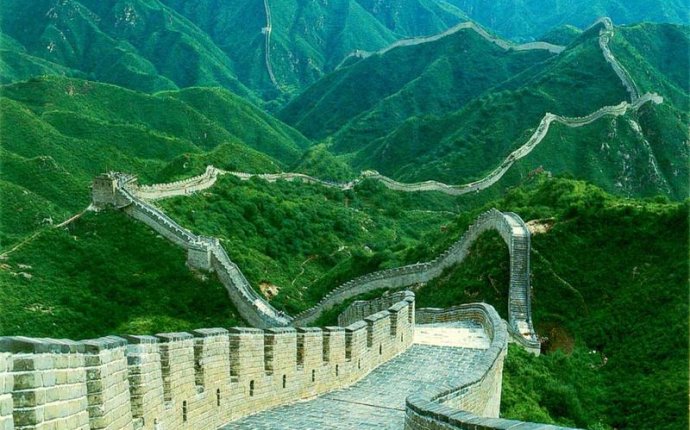 Who build the great Wall of China?

Though the beginning of the Great Wall of China can be traced to the third century B.C., many of the fortifications included in the wall date from hundreds of years earlier, when China was divided into a number of individual kingdoms during the so-called Warring States Period. Around 220 B.C., Qin Shi Huang, the first emperor of a unified China, ordered that earlier fortifications between states be removed and a number of existing walls along the northern border be joined into a single system that would extend for more than 10, 000 li (a li is about one-third of a mile) and protect China against attacks from the north.

When Emperor Qin Shi Huang ordered construction of the Great Wall around 221 B.C., the labor force that built the wall was made up largely of soldiers and convicts. It is said that as many as 400, 000 people died during the wall's construction; many of these workers were buried within the wall itself.

Construction of the “Wan Li Chang Cheng, ” or 10, 000-Li-Long Wall, was one of the most ambitious building projects ever undertaken by any civilization. The famous Chinese general Meng Tian directed the project, and was said to have used a massive army of soldiers, convicts and commoners as workers. Made mostly of earth and stone, the wall stretched from the China Sea port of Shanhaiguan over 3, 000 miles west into Gansu province. In some strategic areas, sections of the wall overlapped for maximum security (including the Badaling stretch, north of Beijing, that was later restored by the Ming dynasty). From a base of 15 to 50 feet, the Great Wall rose some 15-30 feet high and was topped by ramparts 12 feet or higher; guard towers were distributed at intervals along it.

The Great Wall of China Through the Centuries

With the death of Qin Shi Huang and the fall of the Qin dynasty, much of the Great Wall fell into disrepair. After the fall of the Han dynasty (206 B.C.-220 A.D.), a series of frontier tribes seized control in northern China. The most powerful of these was the Northern Wei dynasty (386-535 A.D.), which repaired and extended the existing wall to defend against attacks from other tribes. The Bei Qi kingdom (550–577) built or repaired more than 900 miles of wall, and the short-lived but effective Sui dynasty (581–618) repaired and extended the Great Wall of China a number of times.

With the fall of the Sui and the rise of the Tang dynasty (618-907), the Great Wall lost its importance as a fortification, as China had defeated the Tujue tribe to the north and expanded past the original frontier protected by the wall. During the Song dynasty (960-1279), the Chinese were forced to withdraw under threat from the Liao and Jin peoples to the north, who took over many areas on both sides of the Great Wall. The powerful Yuan (Mongol) dynasty (1206-1368) established by Genghis Khan eventually controlled all of China, parts of Asia and sections of Europe. Though the Great Wall held little importance for the Mongols as a military fortification, soldiers were assigned to man the wall in order to protect merchants and caravans traveling along the profitable trade routes established during this period.

Image advertising is one of the components of Internet marketing, in addition, it is a part of the PR campaign. But if you compare it with the usual advertising, then we can say with confidence that this type of advertising is much more effective. This advertising not only tells about the company, but also creates a certain reputation for it, promotes its brand, restores trust to it and returns the audience. Working with the reputation in the search services means working with an audience that is looking for information about the company, that is, with your potential customers.