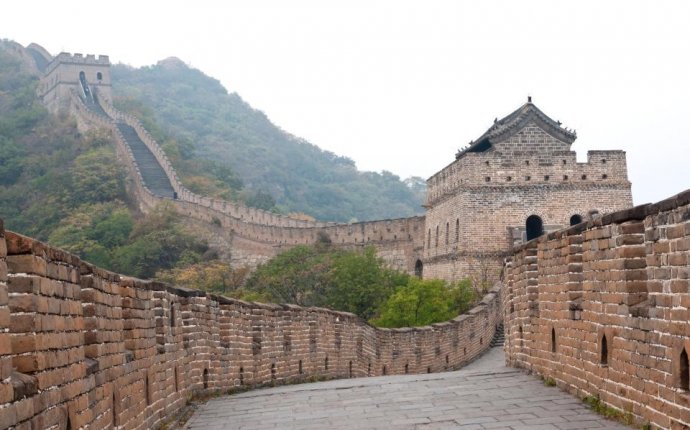 Why did they build the great Wall?

The Great Wall easily required the greatest human effort of any ancient construction! 100 million tonnes of bricks, stone, and soil were transported and assembled by millions of soldiers, peasants, prisoners, and animals using basic rope, wood, and basket systems on remote terrain ranging from parched desert to steep mountain ridges.

Read on and find out more about the labor force, terrain, materials, and technology used — answers you may never have thought of…

When the emperors ordered the building of the Great Wall, guess who the workers were. Civil engineers? Stone masons? Brick layers? Heavy machinery operators?

Actually mainly the workers were soldiers, peasants, and some prisoners.

The main labor force were soldiers. After the unification of China, the First Emperor of Qin ordered 300, 000 soldiers to build the Great Wall.

The supplementary labor force were peasants. Besides the soldiers, almost every emperor forced (male) farmers to help build the Great Wall. Many peasants were worked to death and were buried inside the wall. Maybe you have heard the legend of Meng Jiangnv, whose tears made the Great Wall collapse, when she heard her husband had died and was interred in the Great Wall.

The third kind of laborers were arrested rebels. It's recorded in "the Qin History Book" that the emperor ordered the burning of books and those who didn't obey were punished with Great-Wall-building assignments and a humiliating tattoo on the face.

Where the Great Wall Was Built — 2 terrains

The Great Wall along mountain ridges

Over the Great Wall's thousands of miles the terrain changes from desert to riverside, from mountains to plains. The Great Wall designers took advantage of the terrain, and built at strategic places to repel invaders most effectively.

From the Great Wall relics we can see that the wall is either built along mountain ridges, across mountain passes, or across key transportation areas on flat land.

Watchtowers and beacon towers were built high for observation and communication by signal fire.

On the plains and deserts, designers made use of rivers (and their cliffs) as natural barriers. This not only controlled strategic places, but also saved labor and materials.

Most of the (restored) Great Wall sections we see today were built with bricks, and cut stone blocks/slabs. Where bricks and blocks weren't available, tamped earth, uncut stones, wood, and even reeds were used as local materials.

Wood was used for forts and as an auxiliary material. Where local timber wasn't enough, they had it delivered in.

In mountain areas, workers quarried stone to build the Great Wall. Using the mountains themselves as footings, the outer layer of the Great Wall was built with stone blocks (and bricks), and filled with uncut stone and anything else available (like earth and dead workers).

On the plains Great Wall workers made use of local soil (sand, loess, etc.) and rammed it into compact layers. in west China was mainly built with dusty loess soil — "the most erodible soil on the planet". It's amazing that sections 2, 000 years old still remain mostly intact!

The Great Wall at Mutianyu was built with bricks.

Sand doesn't stick together, so how could a wall be built with sand? Sand was used as a fill material between reed and willow layers.

West China around Dunhuang is desert. Innovative builders there made use of reeds and willow brought in from rivers and oases to build a strong wall. Jade Gate Pass (Yumenguan) Great Wall Fort was built with 20-cm layers of sand and reed, an impressive 9 meters high.

The Ming Dynasty Great Wall was mostly built with bricks. To build a strong wall with bricks, they used lime mortar. Workers built brick and cement factories with local materials near the wall.

The Great Wall over the ages used around 100, 000, 000 tonnes of stone, bricks, and mud. According to history and legend, there were three ways to get the materials up the mountains and across the plains...

Carried by Hand — the usual way

Workers carried most of the stones and bricks up the mountains on their shoulders or backs. Bamboo baskets were used for soil, loose stone, and lime mortar.

Human chains were also used to pass the blocks and baskets up. Lining up on narrow mountain paths was more efficient than trudging back and forth.

On mountains with flat enough paths, one-wheel barrows were used. Basket and pulley systems were used over deep valleys, and materials were also pulled to the top of the Great Wall on ropes.

There is a doubtful legend that when was built on the steep mountains, workers used goats to deliver the materials. Goats are renowned for being good at "climbing", so it's said people tied bricks on goats' horns and made them carry them up the steep mountains.

During the construction of the Great Wall, millions of people died. Many poets expressed their resentment with poems, along the lines of:

‘Every brick, every stone,

and every inch of mud

are filled with Chinese people's

bones and sweat and blood.'

You Should Appreciate Great Wall Construction in Person