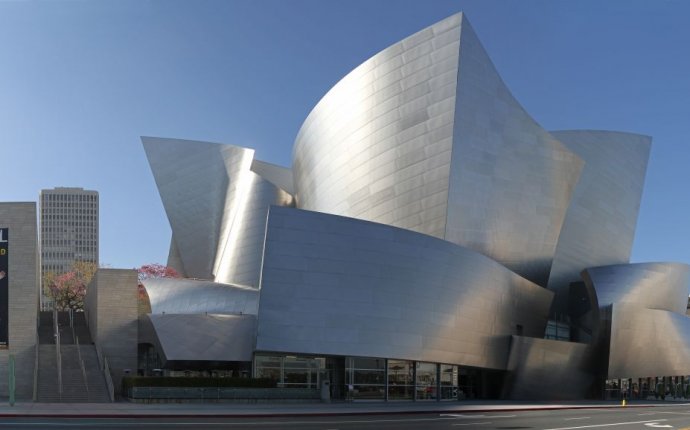 World famous architects and their projects

Architecture begins with an idea – and the maestros of architecture not only set out on radical journeys into the unknown; they also made it back with gems of sheer beauty and incredible ingenuity.

I dared to make a list of 40 indisputably famous 21st Century architects who have shaped the iconic and memorable buildings of our generation. Initially, I wanted to make a countdown from 40 to 1, but I conceded to the fact that architecture and architects cannot be ranked – that design has an obvious subjectivity associated with it. So I will instead arrange my list alphabetically, from A to Z and trust that I have captured the outliers of the architecture today. And whilst the very concept of ‘stararchitecture’ is a hot subject in design and architecture circles; let’s put our differences aside and celebrate these men and women – even if it’s just for their ability to stand out.

Álvaro Joaquim de Melo Siza Vieira (born 25 June 1933) is a Portuguese architect and architectural educator, internationally known as Álvaro Siza. He graduated in architecture in 1955, at the former School of Fine Arts of the University of Porto. He completed his first built work (four houses in Matosinhos) even before ending his studies in 1954, the same year that he started his private practice in Porto. In 1992, he was awarded the Pritzker Prize for the renovation project that he coordinated in the Chiado area of Lisbon, a historic commercial sector that was all but completely destroyed by fire in August 1988. Siza believes that architects don’t invent anything, that they just transform reality – a philosophy that saw the jury citation for his 1992 Pritzker Prize state that, “Like the early Modernists, his shapes, moulded by light, have a deceptive simplicity about them; they are honest.”

Antoine Predock (born 1936 in Lebanon, Missouri) is an American architect based in Albuquerque, New Mexico. He is the Principal of Antoine Predock Architect PC – a studio that he established in 1967. Predock attended the University of New Mexico and later received his Bachelor of Architecture from Columbia University.

Predock first gained national attention with the La Luz community in Albuquerque, New Mexico; and later the Nelson Fine Arts Centre at Arizona State University became his first nationally won design competition. Predock’s work includes the Turtle Creek House, built in 1993 for bird enthusiasts along a prehistoric trail in Texas; the Tang Teaching Museum and Art Gallery at Skidmore College and a new ballpark for the San Diego Padres. In 2006, he won the AIA Gold Medal. And in 2007, Predock was awarded a Lifetime Achievement Award from the Cooper-Hewitt National Design Museum.

Ben van Berkel (born in 1957) is a Dutch architect and founding partner of the internationally acclaimed architectural practice – UNStudio. He studied architecture at the Rietveld Academy in Amsterdam; and later at the Architectural Association in London, where he received his AA Diploma with Honours in 1987.

In 1988 he and his wife, Caroline Bos, set up an architectural practice in Amsterdam named Van Berkel & Bos Architectuurbureau, which realized, amongst others projects, the Karbouw office building, the Erasmus Bridge in Rotterdam. In 1998 van Berkel and Bos relaunched their practice as UNStudio, where UN stands for “United Net” in a bid to acknowledge the collaboration of the architectural design process.

Ben van Berkel has lectured and taught at many architectural schools around the world. Before he became Professor Conceptual Design at the Städelschule in Frankfurt in 2001, he was Visiting Professor at Columbia University, Princeton University and Harvard University. And in 2011 Ben van Berkel was appointed the Kenzo Tange Chair at the Harvard Graduate School of Design. Central to his teaching is the inclusive approach of architectural works integrating virtual and material organisation and engineering constructions. His most notable recent buildings include Theatre Agora, Mercedes-Benz Musuem and the W.I.N.D. House.

Bernard Tschumi (born 25 January 1944) is an architect and educator who is commonly associated with deconstructivism. Son of the well-known architect Jean Tschumi, born of French and Swiss parentage, he works and lives in New York City and Paris. He studied in Paris and at Swiss Federal Institute of Technology in Zurich, where he received his degree in architecture in 1969.

Tschumi has taught at Portsmouth Polytechnic in Portsmouth, UK, the Architectural Association in London, the Institute for Architecture and Urban Studies in New York, Princeton University, the Cooper Union in New York and Columbia University where he was Dean of the Graduate School of Architecture, Planning and Preservation from 1988 to 2003. His first notable project was the Parc de La Villette, a competition project he won in 1983. Other projects include the New Acropolis Museum, Rouen Concert Hall, and Bridge in La Roche-sur-Yon.