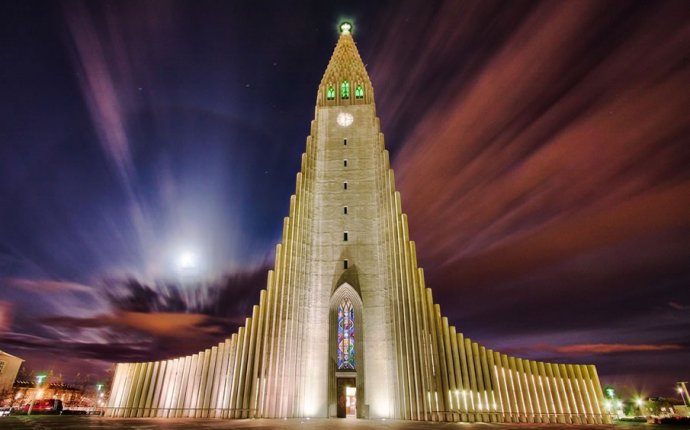 World-famous architect Paulo Mendes da Rocha has expressed his delight after Microsoft and Trimble helped to recreate some of his most well-known buildings using .

The 88-year-old Brazilian said it was “fantastic” that he could see his creations using Microsoft’s mixed-reality headset, which places computer-generated holograms in the real world.

Mendes da Rocha’s designs were recreated using Trimble’s, before being uploaded to SketchUp Viewer for HoloLens, the first commercial app for HoloLens available via the Microsoft Store.

Mendes da Rocha tried HoloLens after being at a ceremony in London recently. The event coincided with the launch of a year-long partnership between Microsoft and RIBA, which aims to provide organisations within the architectural, engineering and construction industries with advice on how to leverage the latest technologies to digitally transform their operations.

HoloLens enables architects to visualise buildings, change the design and ensure the structure is safe through holograms. They can also expand the hologram to such a scale that the architect can walk inside to check internal parts of the structure, flagging potential issues using hand gestures or their voice.

Rather than place users in a fully computer-generated world, as virtual reality does, HoloLens allows users to place 3D digital models in the room alongside them. As the Windows-10-based product does not have wires or external cameras, or require a phone or PC connection, users can walk around the objects they create and interact with them using gestures, gaze and voice.

It has been used by NASA to recreate Mars in its offices, allowing scientists to virtually conduct operations on the Red Planet. Audi, meanwhile, is using HoloLens to communicate with customers and help with engineering; while Saab has called it “transformational”.

The award collected by Mendes da Rocha, which is personally approved by the Queen, recognises a lifetime’s work and is given to a person or group of people who have had a significant influence “either directly or indirectly on the advancement of architecture”. Past recipients include Frank Gehry, Norman Foster, Frank Lloyd Wright and Zaha Hadid.

Described by President Jane Duncan as a “true living legend”, Mendes da Rocha has used his creations to transform Sao Paolo, in his home country of Brazil. He completed his first building, the Athletic Club of Sao Paulo, in 1957 and since then has been hailed for his work on Saint Peter Chapel, the Brazilian Sculpture Museum MuBE, Patriach Plaza, the Pinacoteca do Estado gallery and the FIESP Cultural Center. Outside of Sao Paulo, his notable buildings include the Serra Dourada football stadium in Goias, Lady of the Conception Chapel in Recife and Cais das Artes arts centre in Vitoria.

Plumbers have their own professional holiday, and not even one. In order to mark the importance of the World Plumbing Industry and to evaluate its contribution to health and environment protection, The World Plumbing Council, an international organization set up to promote the role of plumbing, in 2010 initiated an international World Plumbing Day – March 11, which is celebrated each year. By the same token every year on April 25 is celebrated Hug A Plumber Day, that is also called to remind of people whose work helps to live in cleanliness and comfort.