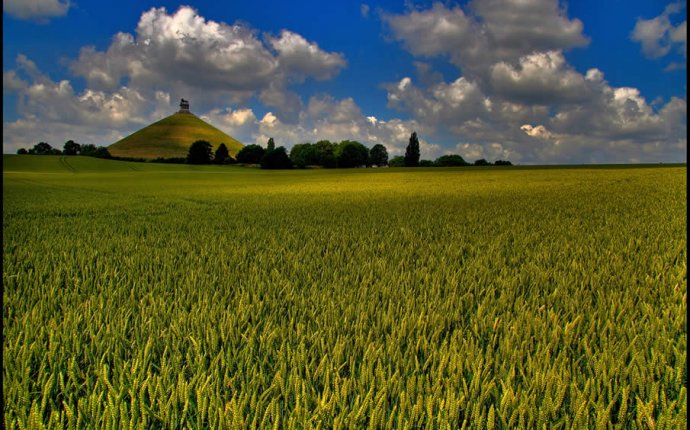 Given France's central role in world culture, haute couture and gastronomy, its geographical features sometimes play second fiddle. But few countries can boast the natural features of this popular travel destination. French school children are taught to think of France as a hexagon, with breathtaking natural features forming borders on each side. Each of these six geographic landmarks offers prodigious opportunities for recreation, as well as a healthy serving of awe.

The Alps are one of the great mountain ranges in Europe. The French Alps stretch from the Mediterranean Sea to the Rhine River, offering breathtaking scenery, world-class mountaineering and the best skiing in Europe, according to Frommer's. Chamonix-Mont Blanc, Megève, Val d'Isère - the resort names glitter like jewels in the minds of skiers worldwide. Mont Blanc's famous peak scrapes the sky at 15, 570 feet, the tallest mountain in western Europe and the heart of Alpine skiing.

France's southeastern border is the Mediterranean Sea, the name derived from Medius Terrae in Latin, meaning the sea in the middle of land. Although the fabled golden beaches of the Côte d'Azur have been much spoiled by tourism, the Mediterranean, lying at the crossroads of Europe, Asia and Africa, still captures the imagination. Formed by violent shifts in the Earth's crust 220 million years ago, the Mediterranean is five times larger in surface area than the country of France and evaporates more than 3 million tons of water a year. On its French shores lies the enormous river delta, the Camargue. Its 360 square miles of marshland provide habitat to some 400 species of birds, including the flamingo.

The Pyrenees have provided a 270-mile natural border between France and Spain for centuries. This rugged mountain range extends from the Mediterranean to the Bay of Biscay and covers an area of some 20, 000 square miles. The highest peak is Pico de Aneto at 11, 168 feet. The mountain chain is associated with many adventure-cycling routes such as the legendary Col du Tourmalet, and is almost always included in the Tour de France itinerary. Yet the mountain chain remain wild and mystic for adventurers willing to stray into unfamiliar reaches.

France's Atlantic Coast comes from a different dream than the Côte d'Azur. It shares none of the Mediterranean's jet-set allure nor its calm waters, but instead offers huge waves breaking on vast, often empty sand beaches. The coastal area from the Spanish border to Brittany is largely flat, backed by pine forests and dotted with fishing towns that serve as summer resorts for Europeans in July and August. Bordeaux, famous for wine and 18th century architecture, is the area's largest city. Surfing between Biarritz and Arcachon is as good as it gets anywhere.

The British might not like to hear it, but at one time Britain was a promontory joined by to France by a land bridge. Then, some 400, 000 years ago, a cataclysmic flood rushed through the area, violently wrenching England from the continent. The limestone bedrock under the channel bears scour marks and landforms shaped by the overwhelming rush of water. Today, the English Channel separates France and England. Normandy beaches, forever associated with the D-Day landing in World War II, are popular with swimmers and sailors in summer.

Named from a Celtic word meaning "raging flow, " the mighty Rhine originates in the Swiss Alps and, on its way to empty into the North Sea, forms the borders between Switzerland and Liechtenstein, Austria and Germany, as well as France and Germany. The principal town in the Rhine area of France is Strasbourg, capital of the Alsace region and official seat of the European Parliament. Just to the west are the Vosges Mountains, one of the oldest ranges in France. Prior to World War II, they served as France's natural border with Germany. The range is covered with hardwood forest and is a popular hiking and camping destination.