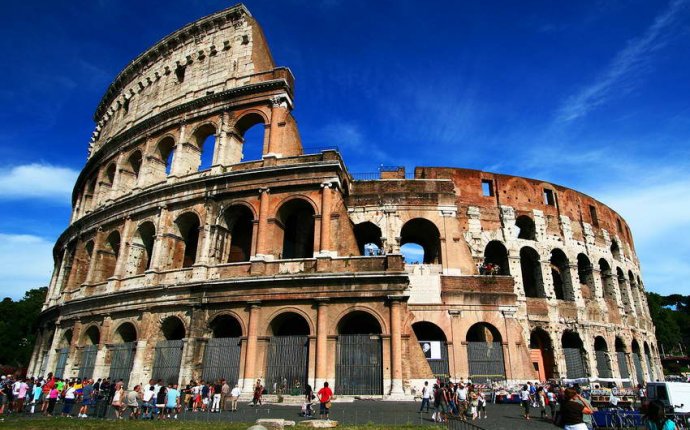 The travelers of old often told tales of fabled cities, phantom islands and exotic civilizations located deep in the unexplored reaches of the globe. These fanciful lands were usually disregarded as myths and legends, but a few found their way onto world maps and helped inspire some of history’s most important journeys of discovery. From a fabled Christian empire in Asia to a supposed lost kingdom in Canada, find out more about six of the most influential lands that never were.

The Kingdom of Prester John

Illustration of Prester John on a map of East Africa (Credit: Getty Images)

For more than 500 years, Europeans believed a Christian king ruled over a vast empire somewhere in the wilds of Africa, India or the Far East. The myth first gained popularity in 1165, after the Byzantine and Holy Roman emperors received a letter—most likely a European forgery—from a monarch calling himself “Prester John.” The mysterious king claimed to serve as “supreme ruler of the three Indies” and all its 72 kingdoms. He described his realm as a utopia rich in gold, filled with milk and honey and populated by exotic races of giants and horned men. Perhaps most important of all, Prester John and his subjects were Christians—even the name “Prester” meant “Priest.”

A Papal mission to find Prester John’s court disappeared without a trace, but the myth of his kingdom took hold among Europeans. Crusading Christians rejoiced in the idea that a devout ruler might come to their aid in the struggle against Islam, and when Genghis Khan’s Mongol hordes conquered parts of Persia in the early 1200s, many mistakenly credited Prester John’s forces with the attack. The fantastical kingdom later became a subject of fascination for travelers and explorers. Marco Polo spun a dubious tale about encountering its remnants in Northern China, and Vasco da Gama and other Portuguese mariners quested after it in Africa and India. While explorers did eventually discover a far-flung Christian civilization in Ethiopia, it lacked the grandeur—and the gold—that Europeans had come to associate with Prester John’s realm. By the 17th century, the legend had faded, and the famed empire was dropped from most maps.

Long before Europeans ever stepped foot in the New World, explorers searched in vain for the island of Hy-Brasil, a spectral atoll said to lurk off the west coast of Ireland. The story of the island most likely comes from Celtic legend—its name means “Isle of the Blest” in Gaelic”—but its precise origins are unclear. Hy-Brasil first started appearing on maps in the 14th century, usually in the form of a small, circular island narrowly split in two by a strait. Many mariners accepted it as a real place until as recently as the 1800s, and it became popular fodder for myths and folktales. Some legends described the island as a lost paradise or utopia; others noted that it was perpetually obscured by a dense curtain of mist and fog, and only became visible to the naked eye every seven years.

Despite its fanciful reputation, Hy-Brasil was widely sought after by Britain-based explorers in the 15th century. The navigator John Cabot launched several expeditions to track it down, and supposedly hoped to encounter it during his famous journey to the coast of Newfoundland in 1497. Documents from Cabot’s time claim that previous explorers had already reached Hy-Brasil, leading some researchers to argue that these mariners may have inadvertently traveled all the way to the Americas before Christopher Columbus.

A subject of fascination for ancient explorers, romantic poets and Nazi occultists alike, Thule was an elusive territory supposedly located in the frozen north Atlantic near Scandinavia. Its legend dates back to the 4th century B.C., when the Greek journeyman Pytheas claimed to have travelled to an icy island beyond Scotland where the sun rarely set and land, sea and air commingled into a bewildering, jelly-like mass.
Many of Pytheas’ contemporaries doubted his claims, but “distant Thule” lingered in the European imagination, and it eventually came to represent the northernmost place in the known world. Explorers and researchers variously identified it as Norway, Iceland and the Shetland Islands, and it served a recurring motif in poetry and myth. The island is perhaps most famous for its connection to the Thule Society, a post-World War I esoteric organization in Germany that considered Thule the ancestral home of the Aryan race. The Munich-based group counted many future Nazis among its guests, including Rudolf Hess, who later served as Deputy Führer of Germany under Adolf Hitler.

Beginning in the 16th century, European explorers and conquistadors were bewitched by tales of a mythical city of gold located in the unexplored reaches of South America. The city had its origin in accounts of “El Dorado” (“The Gilded One”), a native king who powdered his body with gold dust and tossed jewels and gold into a sacred lake as part of a coronation rite. Stories of the gilded king eventually led to rumors of a golden city of untold wealth and splendor, and adventurers spent many years—and countless lives—in a fruitless search for its riches.

One of the most famous El Dorado expeditions came in 1617, when the English explorer Sir Walter Raleigh traveled up the Orinoco River on a quest to find it in what is now Venezuela. The mission found no trace of the gilded city, and King James I later executed Raleigh after he disobeyed an order to avoid fighting with the Spanish. El Dorado continued to drive exploration and colonial violence until the early 1800s, when the scientists Alexander von Humboldt and Aimé Bonpland branded the city a myth after undertaking a research expedition to Latin America.

Depiction of St. Brendan voyaging to his isle

St. Brendan’s Island was a mysterious incarnation of Paradise once thought to be hidden somewhere in the eastern Atlantic Ocean. The myth of the phantom isle dates back to the “Navigatio Brendani, ” or “Voyage of Brendan, ” a 1, 200-year-old Irish legend about the seafaring monk St. Brendan the Navigator. As the story goes, Brendan led a crew of pious sailors on a 6th century voyage in search of the famed “Promised Land of the Saints.” After a particularly eventful journey on the open sea—the tale describes attacks by fireball-wielding giants and run-ins with talking birds—Brendan and his men landed on a mist-covered island filled with delicious fruit and sparkling gems. The grateful crew are said to have spent 40 days exploring the island before returning to Ireland.