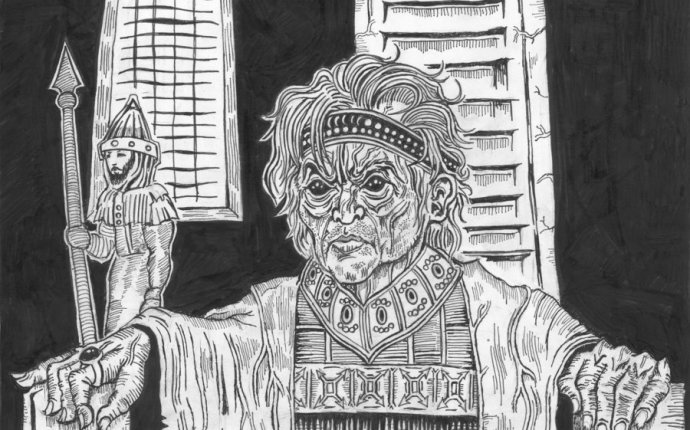 Herod I, or Herod the Great (c. 75 – 4 BCE), was the king of Judea who ruled as a client of Rome. He has gained lasting infamy as the 'slaughterer of the innocents' as recounted in the New Testament’s book of Mathew. Herod was, though, a gifted administrator, and in his 33-year reign, he was responsible for many major building works which included a rebuilding of the Temple of Jerusalem, several aqueducts, and the massive fortress known as the Herodium. Historians have re-assessed his long-held negative reputation and now credit his reign as having had at least some positive effects on Jews and Judaism in his kingdom.

Accession to the Throne

Herod was a client king (or close ally) of Rome, but his route to the throne was not a straightforward one. His father Antipater the Idumaean made him governor of Galilee in 47 BCE. On the death of his father, there followed a turbulent period of in-fighting involving his brother and various Roman factions. In 40 BCE the Parthians attacked both Syria and Palestine, taking Jerusalem in the process. Herod’s brother was taken captive, and he committed suicide shortly after. Herod was thus forced to flee to Rome, and Antigonus of the Hasmonean dynasty was installed as ruler at Jerusalem.

In Rome Herod gained the favour of Octavian and Mark Antony, with whose support the Senate was persuaded to install Herod as the king of Judea. In practical terms, though, this did not solve the problem of Antigonus and the Parthians. Mark Antony was therefore dispatched to the region and he swiftly cleared it, forcing the Parthians back to the eastern side of the Euphrates River. Meanwhile, Herod, with the aid of the Roman general Gaius Sosius, led a force and retook Jerusalem in 37 BCE. Finally, he began what would be a long and prosperous 33-year reign as king of Judea, or 'the land of the Jews' as it was often referred to.

Herod embarked on a series of grand building projects such as refurbishing the temple of Jerusalem.

According to the 1st-century CE Roman historian Josephus, the early years of Herod’s reign were not helped by a rivalry with Cleopatra VII. Her consort Mark Antony was, in effect Herod’s patron, but the Egyptian queen constantly nibbled away at some of the most lucrative parts of Herod’s kingdom. With Octavian’s victory at Actium in 31 BCE, which ended Antony and Cleopatra’s influence, Herod forged a useful new partnership with Rome’s soon-to-be first emperor.

Herod’s reign was largely a peaceful one, and although he gained a reputation for imposing oppressive taxes, in fact, these were not excessive and no worse than contemporary regimes. Neither was Herod obliged to pay tribute to Rome, although he did send handsome gifts. By 30 BCE he had regained control of all the territories that the Hasmoneans and Cleopatra had taken. Then between 23 and 20 BCE he expanded his realm into northern Galilee and repopulated certain areas with sympathetic settlers. A gifted administrator, he created a new priestly class (abolishing the hereditary qualification for office) and a more multicultural elite. He also gave Judea a greater standing in the Mediterranean world via his extravagant gifts to Athens and patronage of the still important Olympic Games.

Now firmly established in his kingdom, Herod embarked on a series of grand building projects, possibly funded by a half-shekel tax payable by each Jew in the Diaspora. The programme also created employment and stimulated the economy, although it is debatable how much the Jewish population benefitted from this in the long-term. The most famous project was a lavish refurbishment of the temple of Jerusalem. Herod also expanded the same city’s fortification walls and added a theatre and amphitheatre. He improved several fortresses (notably those at Jericho and Masada on the western shore of the Dead Sea), rebuilt Samaria (renaming it Sebaste, Greek for Augustus in the feminine), and constructed a new harbour at Strato’s Tower (Caesarea Maritima). Both of the latter renamings highlight Herod’s eagerness to please his Roman allies. Perhaps the most ambitious of Herod’s projects was the Herodium fortress 11 km south of Jerusalem.