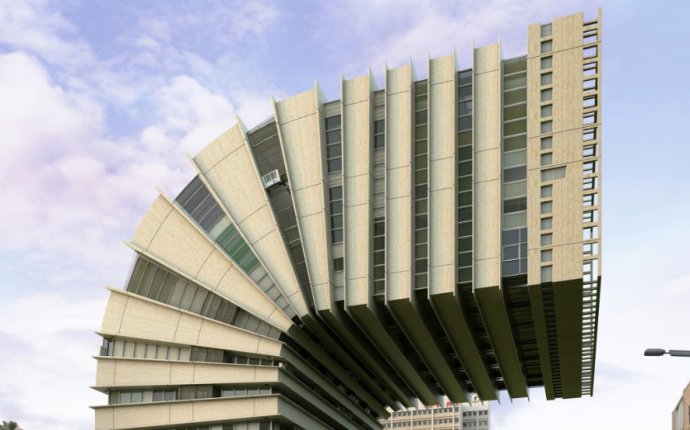 'QUEEN OF THE CURVE'

DAME Zaha Hadid was an architect who designed the Heydar Aliyev Centre and the London Aquatic Centre.

The Iraqi born Brit was the first woman to receive the Pritzker Architecture Prize as well as the Royal Gold Medal from the Royal Institute of British Architects.

Who was Zaha Hadid?

Zaha Hadid was a celebrated architect known as the “Queen of the curve” who designed buildings including the London Aquatic Centre, Michigan State University’s Broad Art Museum in the US, and the Guangzhou Opera House in China.

Born in Baghdad in 1950 to a politician dad and artist mum she studied in Beirut and London before opening her architecture firm, Zaha Hadid Architects, in Britain in 1980.

Hadid was not linked to particular school of architecture but her designs became known for their fluid forms.

When she received the Pritzker Prize in 2004 jury chairman Lord Rothschild, said: “Zaha Hadid has been unswerving in her commitment to modernism. Always inventive, she’s moved away from existing typology, from high tech, and has shifted the geometry of buildings.”

As well designing iconic buildings she taught architecture at many highly regarded institutions including Harvard Graduate School of Design, Cambridge University and the University of Illinois at Chicago’s School of Architecture.

The architect worked around the world with major projects including The Riverside Museum in Glasgow, the Dongdaemun Design Plaza in Korea, the Heydar Aliyev Center in Azerbaijan and the Wangjing SOHO Tower in Beijing.

A statement issued by her London-based design studio read: “Zaha Hadid was widely regarded to be the greatest female architect in the world today.”

On the first anniversary of her death a Google Doodle celebrated Zaha Hadid’s work.

What are some of her most famous buildings?

Zaha Hadid designed iconic buildings around the world including:

What are Google Doodles?

In 1998, the search engine founders Larry and Sergey drew a stick figure behind the second ‘o’ of Google as a message to that they were out of office at the Burning Man festival and with that, Google Doodles were born.

The company decided that they should decorate the logo to mark cultural moments and it soon became clear that users really enjoyed the change to the Google homepage.

In that same year, a turkey was added to Thanksgiving and two pumpkins appeared as the ‘o’s for Halloween the following year.

Now, there is a full team of doodlers, illustrators, graphic designers, animators and classically trained artists who help create what you see on those days.