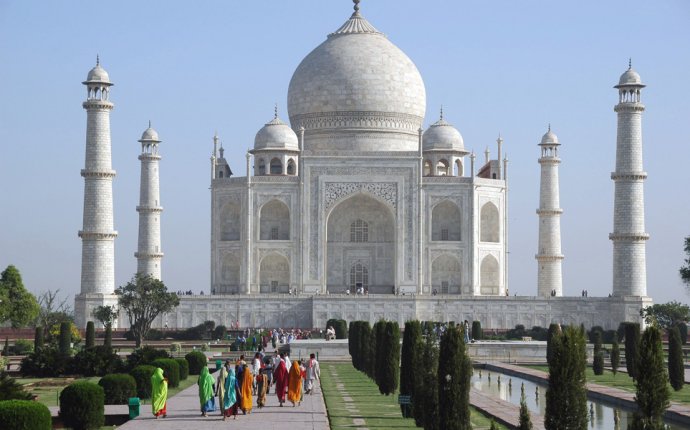 Take any famous monument around the world, and look up pictures of it on the Internet, or at your own albums, if you have visited the place. Don’t they all look the same? Sure, there are all sorts of angles, but the cameras are all pointed towards the landmark. But if for once, someone were to turn their backs, point their cameras away from the landmark in the opposite direction, and snapped a picture, would you be able to guess where it was taken?

Photographer Oliver Curtis has been doing this for the last four years. It started in 2012, when he was visiting the Pyramids of Giza in Cairo. Curtis turned away and looked back in the direction he had come from.

What he saw fascinated him so much that he has since made a point of turning his back on some of world’s most photographed monuments and historic sites, looking at their counter-views and forgotten faces.

Oliver feels that despite the landmark not being present in the photograph, the images are still suffused with the aura of the construction. The camera lens effectively acts as a nodal point and, by giving the photograph the title of the unseen partner, this duality becomes a virtue.

Oliver Curtis unusual photographs will be on display at an exhibition called Volte-face in London in September.

Pyramid of the Sun, Teotihuacan, Mexico