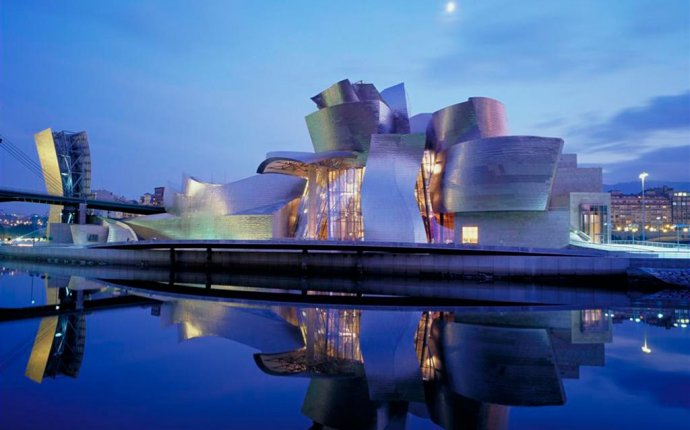 Famous architects and Their works

Disney Concert Hall, Los Angeles
Architect Frank GehryFamous modern architects of the twentieth century found styles that were new, individual, unique and novel. As modern tastes changed, architects rejected classical styles and the lavish excesses of the Victorians and Edwardians. Modern architecture took the twentieth century in exciting new directions. The major architectural styles of the century are Modernism, Post-Modernism, High-Tech, Deconstructivism and Neo-Modernism. Many architects worked in more than one style during their career.

The dominant architectural style of the twentieth century was Modernism. The goal of Modernism was to free the human spirit, using technology that would make beauty and utility available to all. Shapes were abstract, geometric and unique. Floor plans were opened up for multipurpose use. Ornamentation and classical forms were discarded. Architecture was first and foremost about the individual.

The practice of architecture is the most complicated of all the arts. It requires not only creativity, design skills and planning, but also knowledge of structures, materials, mechanics and engineering. Unlike other artists, the architect requires financing, client cooperation and years of effort to bring a project to completion. Architects have also embraced the need for "green buildings" with sustainable materials and energy conservation. Here are a few of the famous modern architects of the twentieth century and their work.

Church of La Sagrada Familia
Architect Antoni GaudiFamous architect Antoni Gaudi, (1852-1926), pronounced Gow DEE, was the most original architect of the Art Nouveau style. Art Nouveau, the new art, replaced straight lines with the free-form curves, wavy walls, and the textures and shapes of nature's plants and trees. His most important work, Casa Mila, is one of the outstanding buildings of Art Nouveau architecture. Gaudi began work on the Church of La Sagrada Familia, which resembles a surreal sandcastle or a clay sculpture, but he died before its completion. Seeing his imaginative work is the highlight of a trip to Barcelona, Spain.

Architect Eero Saarinen
TWA Terminal, JFK Airport, New YorkArchitect Eero Saarinen (1910-1961), classified as a Neo-Expressionist, brought a sculptor's sensibility to his buildings. Neo-Expressionism architecture is modernist and abstract, but with romantic imagery and the intuitive shapes. Saarinen is best known for the TWA Terminal, JFK Airport, New York, where he captured the excitement of flight with giant wings of concrete. Other examples of the Neo-Expressionism style of architecture are the Sydney, Australia, Opera House, by Jorn Utzon, the work of Le Corbusier and Frank Lloyd Wright's Guggenheim Museum.

American architect Frank Lloyd Wright (1867-1959) is the most famous architect of the twentieth century and one of the most prolific. Wright defined his Prairie School style of architecture with organic buildings that extend the indoors to the outside. Prairie...
Source: www.surfersam.com