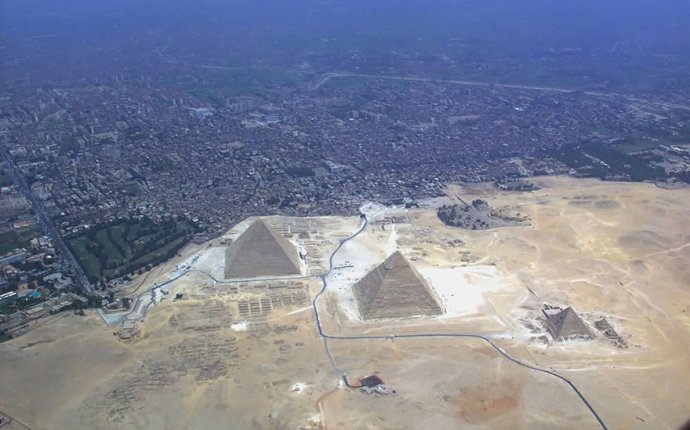 A picture might be worth a thousand words, but not every picture tells the whole story. Find out the fascinating details behind some of the world’s most iconic images, from the flag-raising on Iwo Jima to Albert Einstein sticking out his tongue at a photographer to the day Elvis Presley met Richard Nixon at the White House.

In 1936, photographer Dorothea Lange shot this image of a destitute woman, 32-year-old Florence Owens, with an infant and two other of her seven children at a pea-pickers camp in Nipomo, California. Lange took the photo, which came to be called “Migrant Mother, ” for a project commissioned by the New Deal’s Federal Resettlement Administration (later part of the Farm Security Administration) to document the plight of migrant agricultural workers. Her image of Owens soon was published in newspapers, prompting the government to deliver food aid to the Nipomo camp, where several thousand people were hungry and living in squalid conditions; however, by that point Owens and her family had moved on.

Lange’s photo became a defining image of the Great Depression, but the migrant mother’s identity remained a mystery to the public for decades because Lange hadn’t asked her name. In the late 1970s, a reporter tracked down Owens (whose last name was then Thompson), at her Modesto, California, home. Thompson was critical of Lange, who died in 1965, stating she felt exploited by the photo and wished it hadn’t been taken and also expressing regret she hadn’t made any money from it. Thompson died at age 80 in 1983. In 1998, a print of the image, signed by Lange, sold for 4, 500 at auction.

On February 23, 1945, Associated Press photographer Joe Rosenthal shot this photo of five Marines and one Navy corpsman raising a U.S. flag on Mt. Suribachi, the highest point on the Japanese island of Iwo Jima. The battle, one of the bloodiest in Marine Corps history, began on February 19, 1945, when the Americans invaded the heavily fortified island; four days later, they seized it and planted a small flag atop Mt. Suribachi. However, later that same day, the flag was ordered replaced with a much larger one that could be seen by troops across the island and on ships offshore. Rosenthal’s photo shows this second raising of the Stars and Stripes. The combat photographer subsequently was accused of staging the dramatic picture, but he denied the charge and eyewitnesses backed him up. The widely reproduced photo became a powerful patriotic symbol and went on to win a Pulitzer Prize and serve as the model for the Marine Corps War Memorial near Arlington National Cemetery.

Three of the Marines in the photo were killed in action on Iwo Jima (the battle didn’t officially end until March 26, 1945), while the three surviving flag-raisers were sent back to the U.S., where they were treated as heroes and appeared at rallies across the country to promote the sale of war bonds.

Famed photographer Alfred Eisenstaedt snapped this image of a sailor planting a celebratory kiss on a white-clad woman in the middle of New York City’s Times Square on August 14, 1945, when it was announced Japan had surrendered to the Allies, effectively ending World War II and his photo was published in “Life” magazine on August 27. Navy lens man Victor Jorgensen also happened to get a shot of the impromptu kiss, from a different (and less famous) angle. Neither photographer got a chance to ask the smooching pair their names (as Eisenstaedt later said of that day: “There were thousands of people milling around…everybody was kissing each other”), and in the years that followed, a number of men and several women came forward to claim they were the ones in the photos, which became symbolic of the excitement felt at the end of the war. A 2012 book, “The Kissing Sailor, ” identified the couple as sailor George Mendonsa and Greta Zimmer, a dental assistant who didn’t know Mendonsa at the time of his spontaneous smooch. However, other people have made credible claims that they were the lip-locked couple, and to date, the pair’s identity never has been definitively proven.

Famed photographer Alfred Eisenstaedt snapped this image of a sailor planting a celebratory kiss on a white-clad woman in the middle of New York City’s Times Square on August 14, 1945, when it was announced Japan had surrendered to the Allies, effectively ending World War II and his photo was published in “Life” magazine on August 27.